Should I replace my old fuse board? 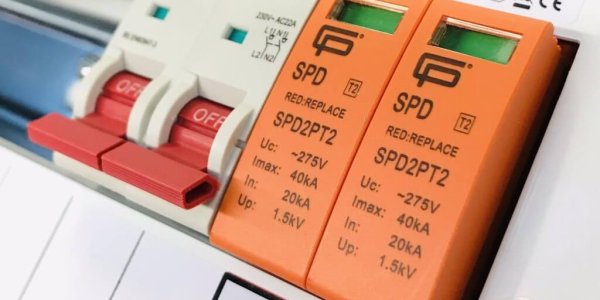 We're available for further information, so please feel free to contact us at any time.

If your old fuse board looks like it belongs in a museum, then it might be time to consider having it upgraded. A wood backing or asbestos flashing are signs that your fuse box needs replacing – the chances are that it’s not doing its job efficiently or safely.

If your fuse box is struggling to keep up, you might have noticed:

To check the condition of your fuse board, organise for an electrician to take a look. They will be able to tell you if it needs replacing, and at the same time, they can advise you on the general condition of your wiring and the rest of your electrics. Usually, this is done by conducting an EICR.

The dangers of using an old fuse board

By far, the biggest reason for upgrading your old fuse board is safety. Though it will have complied with regulations at the time it was fitted, it’s unlikely to meet modern safety standards. If something goes wrong and your fuse box doesn’t have the right safety devices fitted, you run the risk of an electric shock or, even, a fire.

Earth leakage is an electrical current retuning to the ground via a different path than the one intended. To put it simply in an example, if you cut through the power cable of your lawnmower, the electric current running through it will find an alternative path to the earth itself. Without a circuit breaker, the current could travel back up the handle of the lawnmower, and give the person holding it a severe electric shock.

Over-current is usually caused when the capacity of the circuit is exceeded i.e. too many devices require power at the same time (electrical overloading). A fuse box that was installed 25 years ago, or even 15 years ago in some cases, is unlikely to be able to keep pace with the demands of a modern household – think TVs in every room, chargers for portable devices, games stations, and smart speakers. If too much current travels through the circuit, it can cause the wires to overheat, melt, and in some cases, cause a fire.

Safety devices on a modern fuse board

You might have heard of a surge protection device (SPD). It’s designed to protect against over-voltage (a surge of electricity) that could cause damage to electrical equipment, serious injury or even loss of life.

Typically, modern fuse boards are fitted with safety devices to protect against earth leakage and over-current.

Mandatory regulations in the UK make it clear that new fuse boards must be fitted with these devices to protect householders and tenants from suffering an electric shock.

The benefits of an RCBO over a split load

An RCD usually looks after more than one circuit, which means that if it detects an earth leakage in any one of these circuits then it will trip them all.

A nuisance yes, but the real problem arises when it affects ‘mission-critical circuits’, like:

Coming home to a fridge freezer full of ruined food after two weeks away isn’t anyone’s idea of a welcome return, and it can be costly.

Also, unfortunately, some installations wouldn’t be able to have a split load consumer unit, where the accumulated earth leakage adds up to more than 30% of the RCD rating then an RCBO consumer unit would be needed.

RCBOs are arranged in a different way so that each circuit has its own ‘trip device’ that works independently from all the others. So, as in the example above, if your shower was to trip off, then your downstairs lighting and cooker would remain intact.

This is the best way of protecting individual mission-critical systems, without the headache of having to divide the risk between different banks of circuits.

Fuse board upgrades with Elextric Ltd your London Electricians

As part of your fuse board upgrade, we will carry out a complete test of your current electrical installation, and advise you on the condition of not just your old fuse board, but your wiring and other electrics as well. With Elextric Ltd you will benefit from:

Fuse board upgrades are classed as notifiable under building regulations. All Elextric Ltd electricians in London are registered with a competent person’s scheme, which means we can self-certify our own work, and it won’t need inspecting by the local authority.

When we have finished, we’ll issue you an electrical installation certification (EIC). This certifies that the work meets the highest safety standards, and you’ll need to keep this.

It’s our policy never to recommend work that doesn’t need doing – we operate with complete transparency. So, rest assured that if we make a suggested change to your system, then you’ll know exactly why it’s needed and how much it will cost.

Made with ❤ By genix web ltd